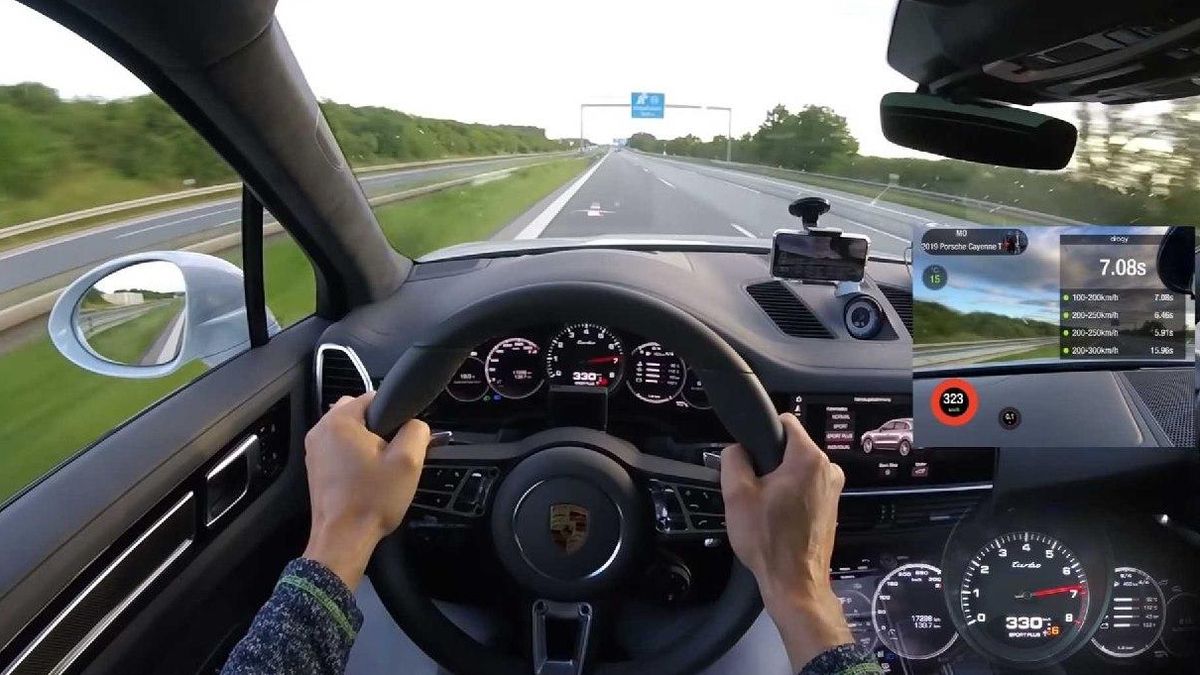 Check out this tuned Porsche Cayenne Turbo hitting a German autobahn with 333 kilometers per hour (207 mph).