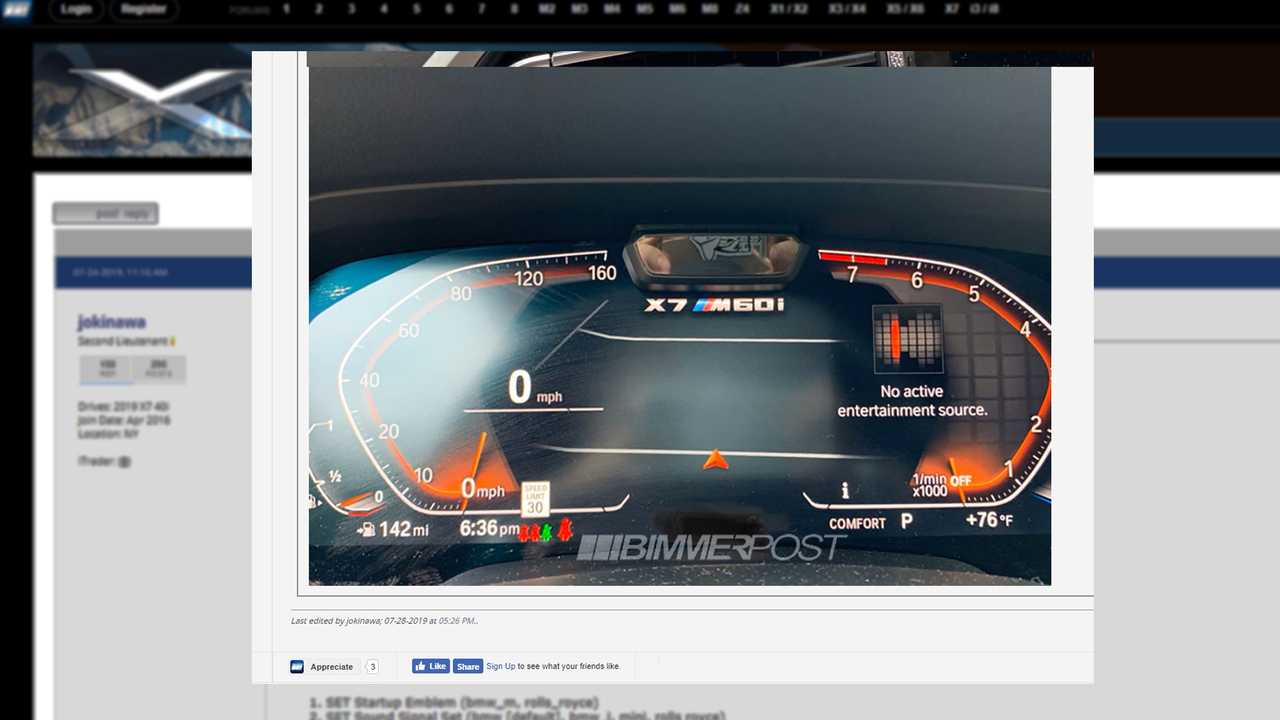 BMW has repeatedly stated that it was going to get the twelve-cylinder engine out of the next М760Li, replacing it with a hybrid powertrain. Today, things suddenly started looking like a V12 X7 might be a possibility in the future.

Browsing through his entertainment system, a BMW X7 40i owner allegedly found a previously undiscovered digital dash skin with a mysterious ‘X7 M60i’ logo on it. The company never announced a model like that.

Considering the recent rumors about the alleged development of a Mercedes-Maybach GLS V12, the Х7 M60i might make sense as the main rival of that luxury vehicle.