Pre-facelift 2018 Subaru Levorg gets an update from Kuhl Racing 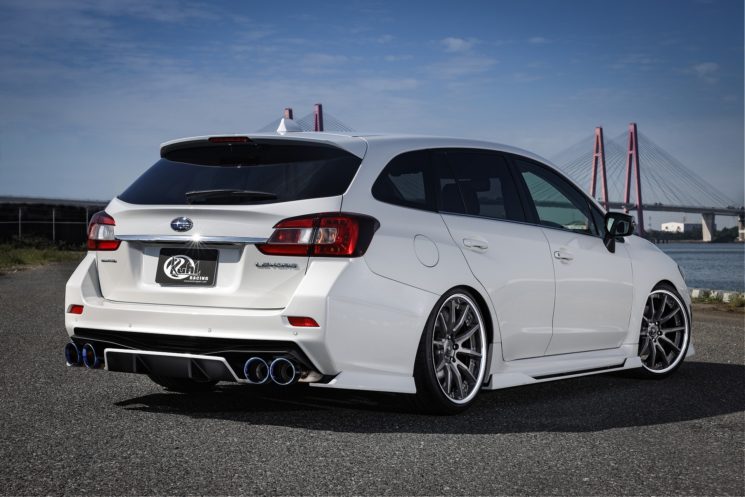 The Subaru Levorg estate/wagon is fairly popular in Japan. The 2019 refresh brings along new bumpers, radiator grille, and a special edition called the Levorg STI Sport Black Selection, which packs 300 hp (224 kW) under the hood. The newcomer makes the pre-facelift car look dated, but Kuhl Racing knows how to remedy the situation.

The Japanese carmaker is currently offering a new body kit for the model, called the VM-GT. The entire thing looks surprisingly tame by JDM standards – in fact, there’s not a fender flare in view! But we digress. Included are a front spoiler lip that brings the front end of the vehicle 15mm (0.6”) closer to the road, side skirt extensions, a black front grille with the tuner’s own logo on it, and a completely redesigned rear with a diffuser and anti-fog taillights. An interesting option comes in the form of a front-facing video camera built into the radiator grille.

Overall, we’d say that’s a neat and style-conscious way to reimagine the Subaru Levorg. Wouldn’t you say so?