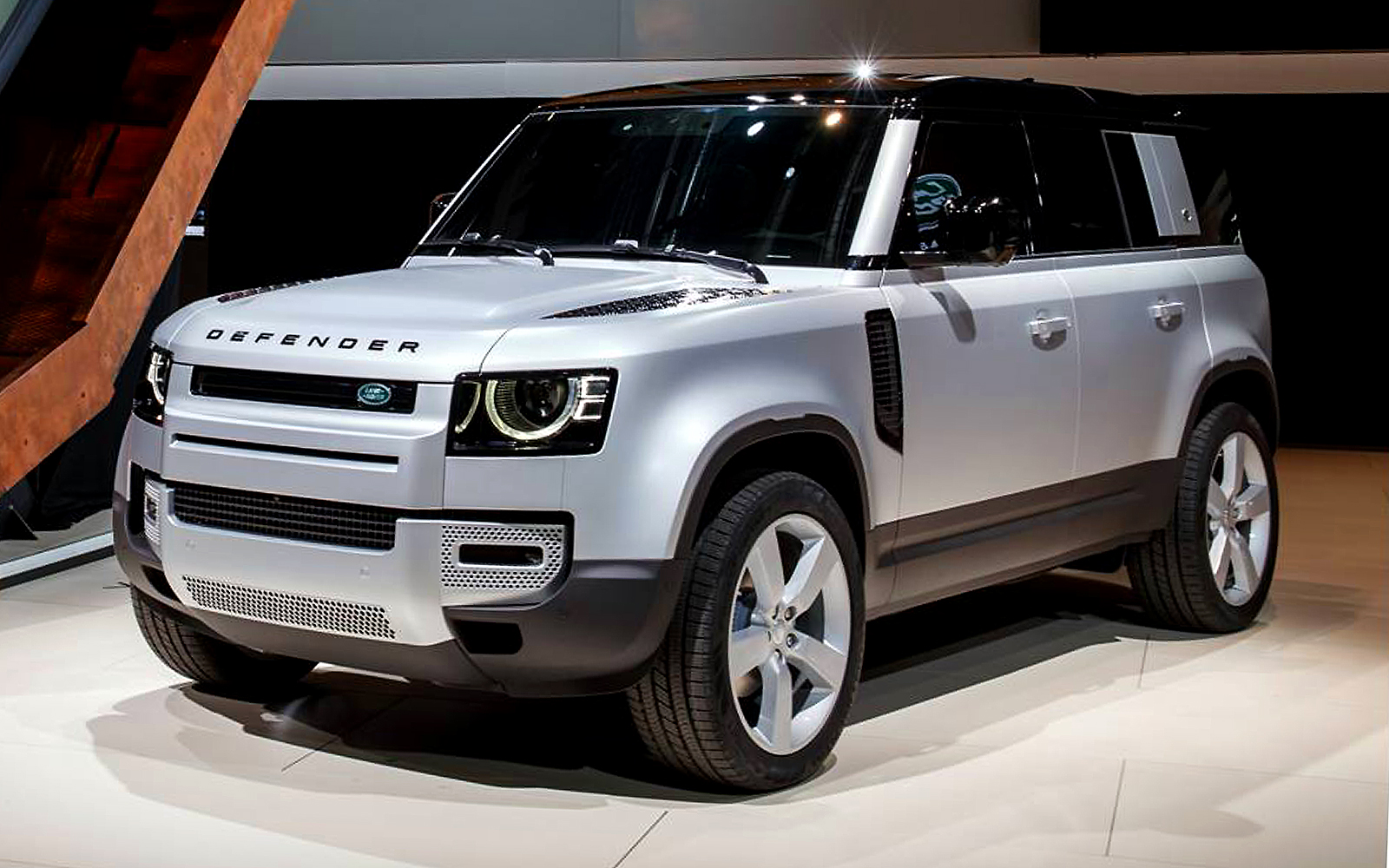 Overall, the car maintains the design traits of its predecessor while assuming a more modern appearance. Based on a brand-new vehicle architecture called the D7x, it can no longer be considered a body-on-frame SUV. The manufacturer claims this is offset by a far more rigid body structure than ever before.

Off-road maneuverability is highly impressive even in case of the Defender 110 with its enormous 3,022mm (9.91ft.) wheelbase: the ground clearance amounts to a whopping 291 millimeters (11.37”), the angle of approach is 38º, the angle of departure 40º, and the ramp angle 28º. The manufacturer withholds the specs of the Defender 90, but we expect it to perform even better due to the shorter 2,587mm (8.49ft.) wheelbase. Both versions can traverse water up to 0.9 meters (3 ft.) high.

The update introduces per-wheel suspension, which can be either spring-based or air-cushioned. The latter option enables ride height adjustment within the range of –50mm…+75mm (–2”…+3”) from the factory clearance value.

Tech improvements include the updated Terrain Response 2 system with four selectable operation modes. Further highlights include a Pivi Pro infotainment system with a 10-inch display, a 12.3-inch digital dashboard, all-around view cameras, and many other features.

The strongest powertrain is called the P400, and it is a hybrid: a six-cylinder gasoline engine and a single electric motor combine their efforts for 400 hp (298 kW) and 550 Nm (406 lb-ft) of torque. The standard acceleration succeeds in 6.1 seconds, and the average fuel consumption amounts to 9.6 liters per 100 kilometers traveled (UK: 29.4 MPG; USA: 24.5 MPG).

All engines ship with a ZF 8-soeed automatic transmission and a two-speed transfer case. Manual transmission becomes history in this new generation, but the center and rear diff locks are still there, thankfully.

Sales begin later this year. The Defender 110 will arrive first, followed shortly by its three-door sibling. In addition to the above, Land Rover promises to launch a couple unspecified ‘versatile commercial vehicles’ in 2021. Maybe these are pickup trucks; maybe not.