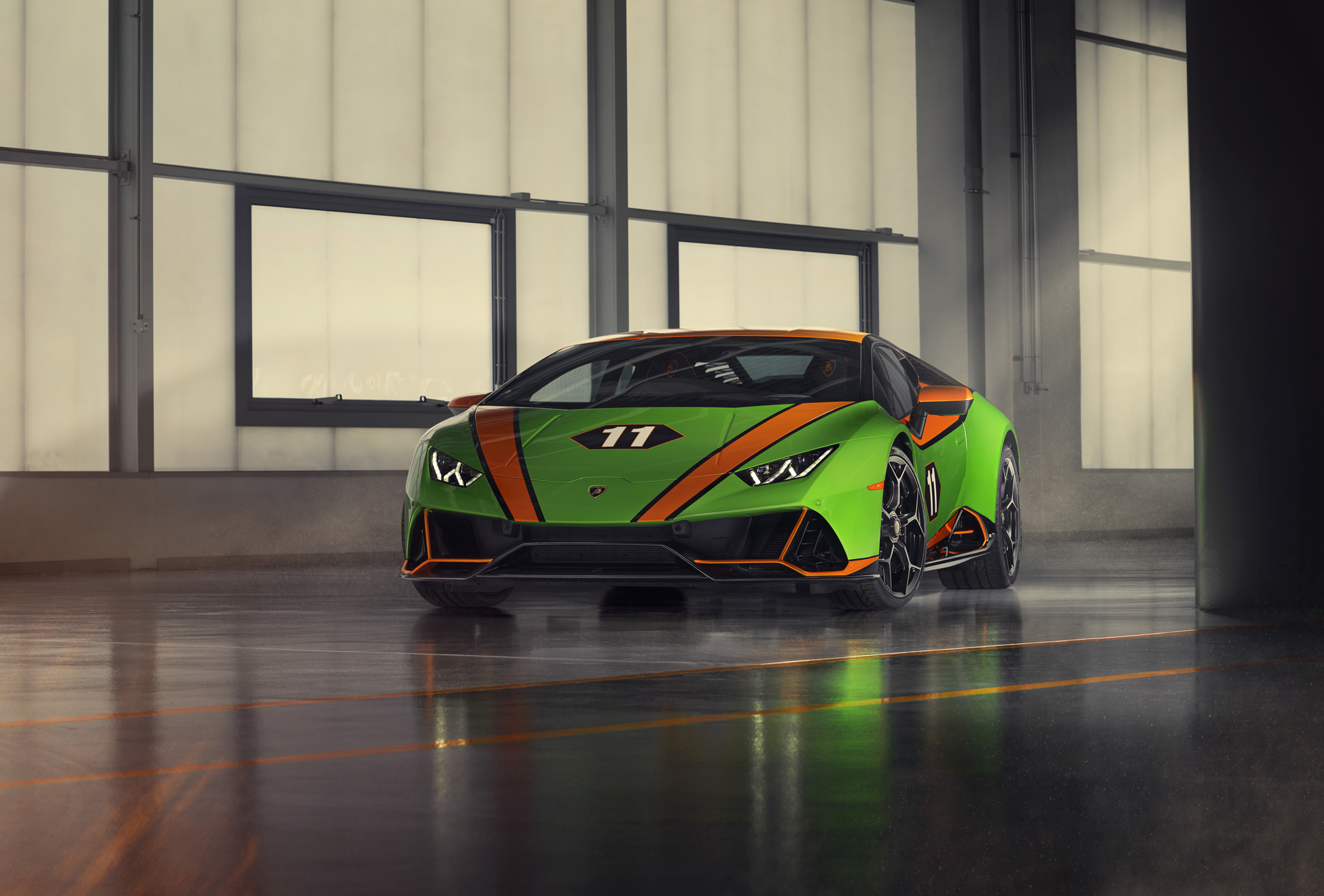 Just as expected, Lamborghini has saved all the truly exciting premieres for the IAA Frankfurt show kicking off on September 12, 2019. The Italian luxury carmaker attended the recently concluded Monterey Car Week with only a couple of special editions.

The first of these is called Huracan Evo GT Celebration and is designed as an homage to the GT3 Evo racecar that has repeatedly scored gold at the 24 Hours of Daytona and the 12 Hours of Sebring. Its livery is a collaboration between Lamborghini Ad Personam and Centro Stile, and the color scheme references that of the GRT Grasser Racing Team. The number ‘11’ on the body is another bow to the GT3 Evo. The cabin houses new racing-spec seats, and the trim mostly involves Alcantara with contrasting stitching.

In terms of drivetrain specs, the Huracan Evo GT Celebration is almost stock, its 5.2-liter, naturally aspirated V10 engine sourced from its racecar counterpart constituting the one remarkable exception. The output stays undisclosed.

A total of 36 such coupes will be assembled and sold in USA only. First shipments will be made in 2020, the company says.

In turn, the Aventador SVJ 63 Roadster will emerge in a series of 63, as evidenced by the numbers on its sides and inside the cabin. Jokes aside, though, the number references the year Lamborghini was founded (1963). Shipments will begin next year, and the entre batch is already sold out via pre-orders.

Both the exterior and the cabin are available in eight color combinations. The Monterey display car sports Matte Titanium Grey wheels, a grey body interspersed with orange highlights, and carbon-fiber inserts adorned with a visible woven pattern. The interior makes use of the same goodies, sports high-end bucket seats and flaunts a few emblems and logos highlighting the exclusive status of the vehicle.