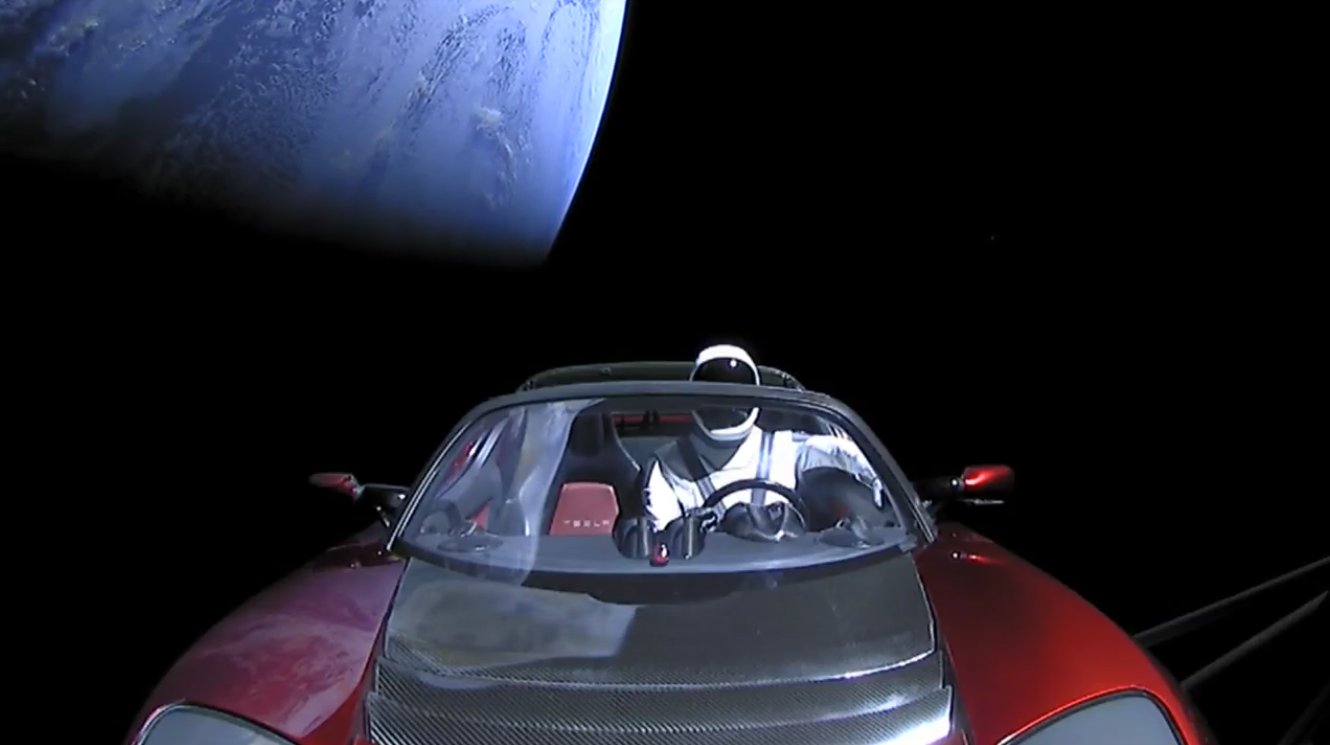 The Tesla Roadster that the company launched into open space in February 2018 has completed its first loop going around the Sun. It took 557 days.

The total mileage of the battery car is now closing in on 70,000,000 miles (110,000,000 kilometers). According to calculations, it will come closest to Earth on November 5, 2020 – if 32,300,000 miles (52,000,000 km) is close enough for you, that is. Its ultimate fate isn’t something to envy: without any means of recovering it from the orbit at the company’s disposal, it will eventually collide with another celestial body and come apart. Even a tiny meteorite would be enough.

Tesla founder Elon Musk sent his personal electric car to space using a Falcon Heavy space rocket designed by his other enterprise, SpaceX. This had two objectives: first, test the rocket for multiple-use potential; second, send a message to potential other civilizations.

The EV is attended by a space suit-clad mannequin nicknamed The Starman. The car plays back David Bowie’s song Space Oddity, and the glove compartment houses Douglas Adams’ book A Hitchhiker’s Guide to the Galaxy, accompanied by the towel with the inscription on it reading, Don’t Panic.