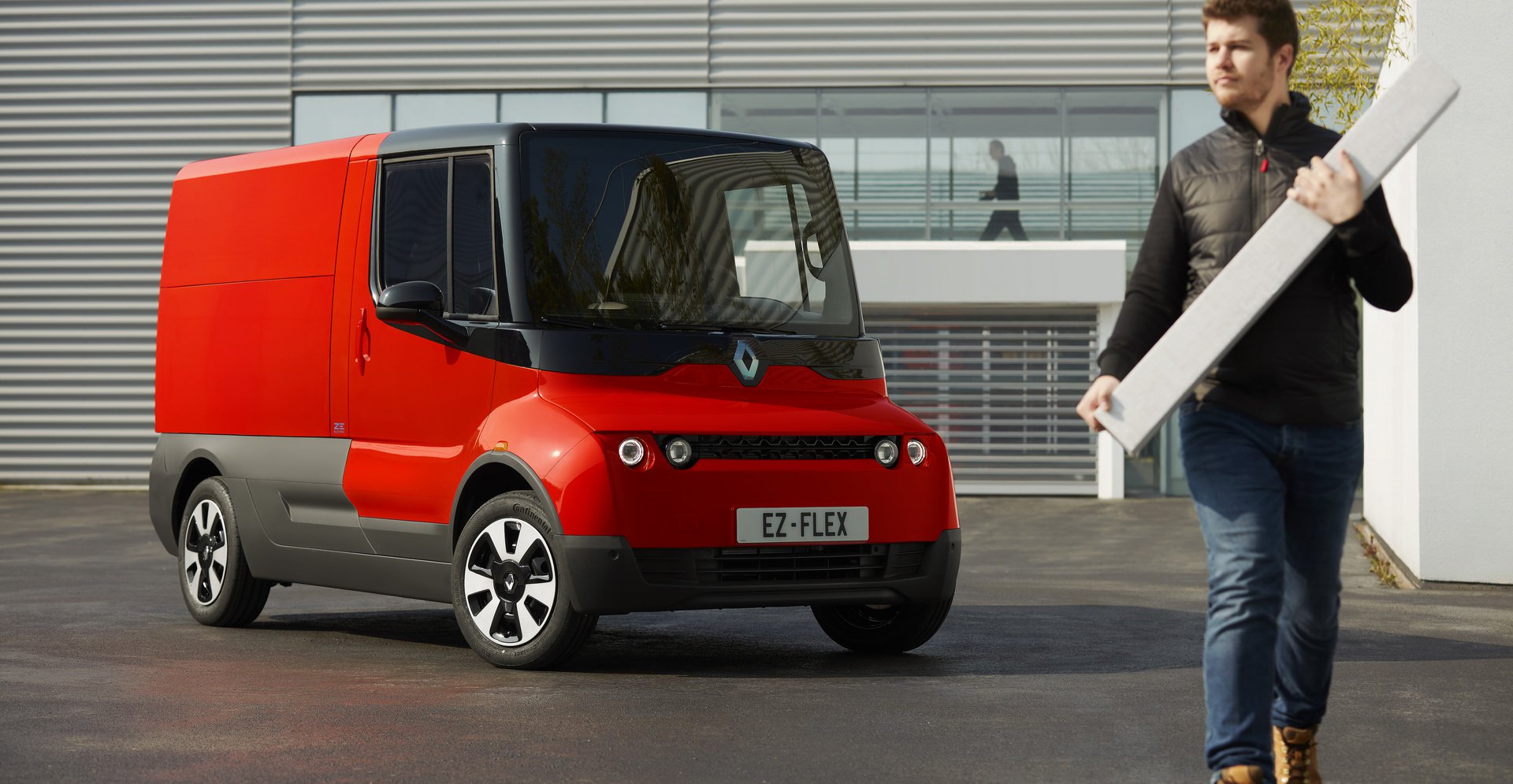 The idea of a battery-powered light commercial vehicle isn’t really novel for Renault, who has already designed and built the likes of Twizy Cargo, Master Z.E. etc. Today, the company said that it was working on another electric MPV, called the EZ-Flex. Unusually enough, Renault says it will first produce and distribute a whole batch of concept cars to study the market, and then proceed with the full-scale production if no problems are found.

The main advantages of the new Renault EZ-Flex include a wide, unobstructed line of sight (as far as vans go, at least), a fully configurable rear (useful for public services with their specific requirements), a low loading line (760 mm / 2’6” above the ground), and easy boarding and deboarding.

The van only runs up to 150 kilometers (93 miles) on a single charge, but its creators claim that this is plenty for the purposes and tasks it has been meant for (which primarily means “city deliveries”).

There is an infotainment system inside that supports smartphones and custom third-party apps. The latter could prove especially useful for courier, postal, and delivery services.

Renault will release “a dozen” samples of the car to distribute among various companies. All vans will ship with vast arrays of sensors collecting all kinds of data. Over the course of the next two years, Renault will collect and study the data to understand what the customers really need from a van like this and what kind of problems may arise during its daily use.

The concept car will celebrate its premiere at a dedicated event in Paris, France on May 16, 2019.