China pre-orders for the Hongqi HS5 start in May 2019 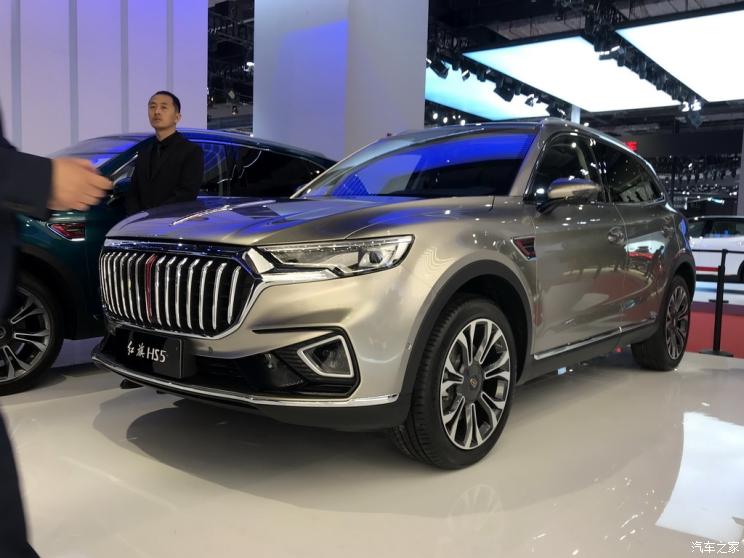 The Hongqi HS5, a luxury mid-size crossover SUV designed and produced by Chinese manufacturer FAW, has debuted at the annual automobile show in Shanghai. The company promises to start taking pre-orders for the model from Chinese residents in May 2019.

The vehicle looks inspired by the U-Concept that FAW introduced two years ago. In particular, it sports the same radiator grille and front bumper. That said, its LED headlights are styled a bit differently, and the rear looks redesigned from scratch.

The cabin design leans strongly to that of the latest Mercedes models: there is a single display that fulfils the functions of the instrument panel and the multimedia system. The latter maintains an Internet link at all times, and you can use voice commands to control it.

The car always ships with a 2.0-liter turbocharged gasoline engine rated at 224 hp (167 kW), with a six-speed automatic transmission bringing that power to the wheels.

The Hongqi range includes two more SUVs, the E-HS3 and the HS7. Both should hit the market before the end of the year, but their specs and pricing remain unknown.