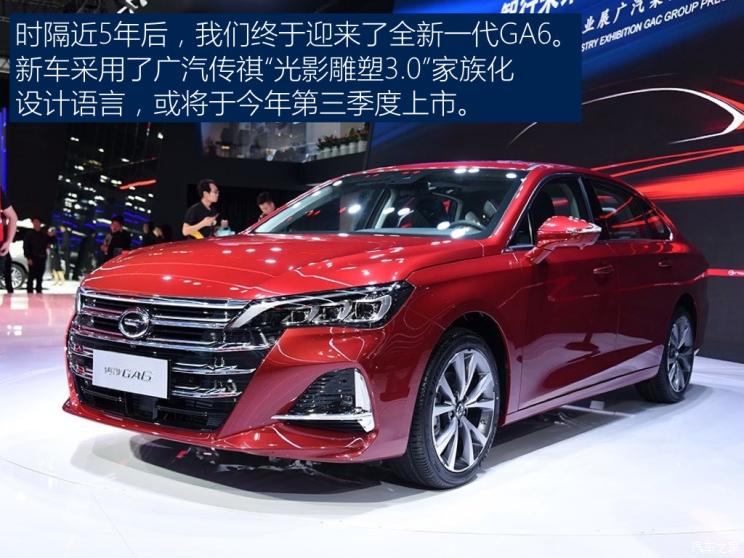 GAC has held a reveal event dedicated to its next-gen Trumpchi GA6 sedan/saloon at the 2019 Auto Shanghai show in China. Let us delve into the specifics for a bit.

The company neglected to mention whether the car switched to a new chassis or remained with the old one. The previous generation utilized the same Fiat platform as the Lancia Thesis and the Alfa Romeo 166. The newcomer is fairly larger, now measuring 4,891 mm (16.05 ft.) long with 2,815 mm (9.25 ft.) between the axles. This represents an increase of 40 mm (1.6”) and 95 mm (3.7”) over the predecessor.

The car now boasts new matrix LED headlights, a large radiator grille, and narrower taillights linked to each other with a LED stripe.

The cabin houses a new steering wheel, center tunnel, and dashboard. The multimedia display and the digital instrument panel are designed to look like a single screen. As for the features, the next generation now ships with optional adaptive cruise control.

Interestingly, the Shanghai show car sports a badge that reads ‘270T’. There is no official comment on behalf of the manufacturer, but the local pros tend to believe that it denotes the 1.5-liter turbo gas engine rated at 169 hp (126 kW) and 265 Nm (195 lbft) of torque. This engine currently ships with the Trumpchi GS5 SUV. As for the transmission, many tend to agree that it is going to be six-speed automatic. Then again, none of this has been confirmed so far.