The Bentley Mulliner team has come up with a particularly opulent trim for its Continental GT Convertible meant for ‘sophisticated clientele.’ Guests of the Geneva IMS 2020 will be able to see it firsthand.

Compared to the main series, the Special Edition features a new radiator grille, 22-inch wheels, and Mulliner-badged air vents behind the front fenders.

The interior boasts dual-tone ornamental stitching in a classical diamond pattern, which adorns the doors, the center tunnel, the seats, and the rear shelf. The company claims the Mulliner Convertible took 18 months to produce.

Dedicated Chevrolet Camaro tuner Specialty Vehicle Engineering (SVE) has only worked with coupes lately, but its 2020 lineup includes convertibles, too.

The U.S.-based customizer plans to build 25 supercars based on the Camaro SS spec. They bore the engine out to 6.8 liters (originally 6.2l), enlarge the turbines, and improve the cooling to raise the output to a whopping 1,000 horsepower (745 kilowatts). A ten-speed automatic transmission is tasked with bringing that kind of power to the asphalt.

SVE also enhances cooling of the limited-slip differential and the transmission, and adds Brembo brakes alongside adaptive suspension.

The exterior of the car is typical Yenko, complete with retro-style wheels, body stripes, and a huge power dome on the hood.

The pricing for the new Yenko/SC Camaro is still pending.

SunLine Racing has just wrapped up working on this 2001 Nissan Skyline GT-R (R34, Vspec II). Many diehard Godzilla fans will call it over-the-top and kitschy, but there is no denying the quality of the mods. Or is there?

The all-carbon body kit includes brand-new wheel arch extensions, side skirts, canards, a hood cover with a narrow-slit air intake, a rear diffuser, and a fixed rear wing. The taillights have also been slightly redesigned and are now LED-based.

Godzilla’s new suit is a perfect match for the forged rim set SunLine picks for it. Installed here are RAYS Volk Racing CE28 rims measuring 18 inches across and 10.5 inches wide. A Tein EDFC Active coilover kit helps them adequately fill out their respective arches, and Vari Racing brake calipers can be seen behind the spokes.

The latter bit might seem overkill, given that the tuner uses six-piston calipers on the rear axle and massive eight-piston ones on the front one. Overkill it is not, however, given that this particular Nissan Skyline GT-R had its RB26DETT engine turbocharged to 800 horsepower (596 kilowatts). A Tomei Expreme Ti exhaust system made of titanium lends it a formidable soundtrack.

Inside, the steering wheel and the gear selector are new, as is the robust-looking roll cage.

Bring A Trailer has a real exotic on sale right now. Called the Italdesign Aztec and built in 1988, the two-seater features individual cabins for the driver and the passenger.

Created by famous Giorgetto Giugiaro himself, the tuner ride hit the Turin Auto Show in Italy 31 years ago. Italdesign proceeded to build only 18 units, instead of the originally announced 50.

The vehicle comes with a climate control system on board, an audio set, satellite navigation, and three remote controls each serving its own purpose. Pop up the hood, and you will see a 2.2-liter turbocharged Audi engine partnered with a five-speed manual gearbox and Lancia Delta Integrale AWD. The nominal output is 250 hp (186 kW).

The cheap Lada PRIORA 2170 range by Russian carmaker AvtoVAZ is just about as popular on its domestic market as it is unheard-of in developed countries. Seeing projects like this one, though, one could almost feel as if one were missing out on something great.

The rather belligerent-looking body kit is one of Wideworx’s latest projects. It looks a bit like aerodynamic package of the Lada Priora WTCC 2009 built specifically for that year’s championship. It consists of a brand-new lower bumper with a humongous splitter, equally gargantuan bolt-on fenders, a massive cocked ducktail spoiler, and a rear apron with large air openings.

Wrapping up the predatory image are custom wheels wrapped in ADVAN 255/40/17 semi-slick rubber and a slammed stance.

All of the above may seem interesting to the point you might be tempted to inquire for a price quotation – but this is where your dreams will come spiraling down. The client who ordered this monstrosity ended up handing over 10,000,000 Russian Rubles for it, which roughly converts into 143,000 EUR or 157,000 USD. The low-end, poorly equipped ride itself costs a mere 1/20th of that amount.

Price aside, though, how do you like the styling?

Third-party suspension vendor H&R launched a lowering kit for the BMW M850i xDrive a year ago (see video), but it wasn’t compatible with the non-M 8-Series Gran Coupe (G16) – until now.

The new spring set costs €434 and drops the ride height by 25 mm (1”) on both axles. The car becomes more maneuverable and stable in turns, and the long-distance comfort should stay at the same level as before – at least, this is what the company claims.

Keyvany has unveiled a tuning project named Keyrus. Aside from a crazy-looking body kit, the Lamborghini SUV gains a whopping 182 hp (135 kW) in this new version.

Substituting carbon fiber parts for stock bodywork has made the bulky car 34 kilograms (75 lbs) lighter on the front axle and 41 kg (90 lbs) lighter on the rear one. The team fitted the enormous front air intakes with Y-shaped LED patterns similar to those of the main headlights and swapped the stock wheels for a new 24-inch set.

The one-off SUV comes based on a 1993 model and boasts plenty of extra LED lighting, 18-inch Kahn Defend 1983 wheels wrapped in BF Goodrich All-Terrain 265/65 R18 tires, a Borla exhaust, and a Frontrunner roof rack. The body is greyish blue, and the roof is white for contrast.

The tuner puts the old Defender on an in-house air suspension kit that we first saw used in the 2018 Project Katama. As per the usual, the stock engine is no more, and a shining new L92 V8 6.2 toils in its place under the hood, delivering around 400 hp (300 kW) to all four wheels by means of a six-speed auto gearbox.

Granted, the exterior of the BMW M8 xDrive flagship coupe may appeal to more folks out there than that of the 840i Gran Coupe, but paying €170,000 just for the looks, as opposed to €95,000? As BMW Abu Dhabi demonstrates, it might be not worth it.

This particular BMW 840i Gran Coupé wears a Sunset Orange vinyl wrap and boasts a number of freshly designed AC Schnitzer options. This includes a front apron complete with splitter and flaps, side sill splitters, and plenty of black accents, particularly on the front grille, the arches and the glass frames. All components are made of visible carbon.

21-inch M-Performance BiColor Forged wheels round off the stylish image of the 8-Series Gran Coupe from the Emirates.

How would you like this one as an alternative to the M8?

Florida-based tuner TR3 Performance has unveiled its own take on the latest Gladiator truck. Want a look?

By far the biggest highlight of the entire project is the car’s new V8 6.2 Hellcat mill rated at 717 PS (707 hp, or 527 kilowatts). The supercharged monster engine comes to replace the stock V6 with its meager 289 PS (285 hp, or 213 kilowatts). The entire fuel and exhaust systems are new, too.

Have you seen a car with dual cabins?

This bloodthirsty tuned-up Priora could be a hit outside of Russia, too

Espionage photos20-02-2020 17:30
Car spotters have traced down this partially disguised Mercedes-AMG GT 73 4‑Door Coupé to the vicinity of the Arctic Circle. The test car may look like the range-topping GT 63 S, but the charging port in the back tells us it is a hybrid.
Comments

Car Tuning20-02-2020 16:45
There are a few body kit offerings already available for Model X owners looking for personalization, such as those from TSportline and Urban Automotive. But if you like the car for what it is, a simple wheel set will do just as nicely.
Comments

Car Tuning20-02-2020 16:30
The 7th generation of the Toyota Hilux (2005–2015) doesn’t impress much with its engine range. The TRD Edition alone boasted a supercharged V6 4.0, and that one was limited to Australia only. With this V8-packing Hilux, you can feel your sense of justice gratified.
Comments

Car Tuning20-02-2020 16:00
Canada-based Sherwood Customs has brought this badass off-roading truck to the last year’s SEMA. If you missed it back then, now is the time to catch up!
Comments

Novelties20-02-2020 15:00
Skoda News, an unofficial Twitter page dedicated to the Czech marque, has published the following details about the upcoming Octavia range.
Comments

Reviews20-02-2020 14:40
Cars spontaneously combusting has been a problem as long as the industry has existed, but as time went by, manufacturers have succeeded in identifying and eliminating most risk factors for gas-powered vehicles. EVs are still new, though, and therefore a problem.
Comments
Latest news
Bugatti celebrates 250th Chiron produced since 2016
20-02-2020 14:20
Comments
New EU-spec Civic Type R Sport Line ditches rear wing, keeps 4-cyl. turbo
20-02-2020 14:00
Comments
Renault Arkana to hit South Korea as the Samsung XM3
20-02-2020 13:30
Comments
ALL NEWS 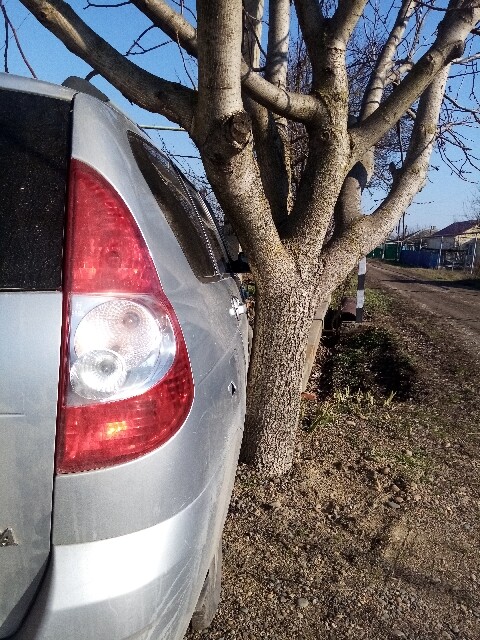